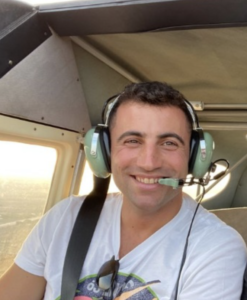 Borned in Fano (PU), Italy on March 5th, 1993 I have been interested in aviation since I was a child.

I used to spend a lot of  time at Fano airport, where i flew for the first of many times.

My passion was concretized in 2009, when I choose the “Francesco Baracca” Aeronautical school as my high school.

In 2011 I got the private pilot license and finally, in 2013, I was admitted in the Italian Air Force Academy, as a cadet of the class named “Rostro IV”.

As civilian private pilot I usually fly on general aviation and ultralight aircraft.