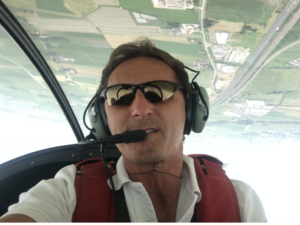 Born in 1966, i’ve always been enthusiastic about flying to make it my job and also the main activity in my  free time. I’m flying airplanes and helicopters in general aviation and Light sport aircraft/Ultralights. I  am training Instructor on Eagle Aviation Academy in Fano airport, where a still fly aerobatic with a CAP10C.

Hired by a Major Airline in Italy in 2000 spent many years flying on short and medium  haul on A320Family.