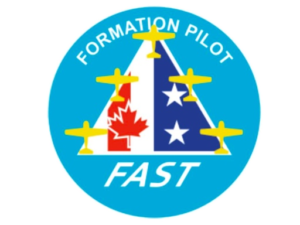 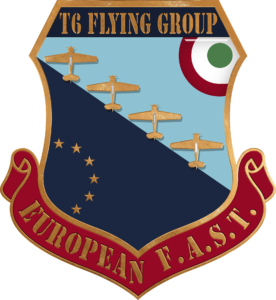 FAST is comprised of eighteen signatory organizations whose mission is to support education in the restoration, maintenance and flight of their members’ aircraft.

The European Authority has regulated the formation flight with very simple rules, such as EASA.3135, and is not requesting any requisite for the pilot to obtain a qualification and maintain a proper standard and currency in this demanding flight discipline.

For this reason we evaluated the “best in class” on this discipline and got affiliated as a Signatory member to FAST Intercontinental.

As long as we are the only Formation and Safety Team signatory in Europe, we decided to become EUROPEAN F.A.S.T. and agreed to completely sponsor her best standard for this discipline.

This Standards are simply derived from Military standards, such as Stanag 7001, Air Force, Navy and Army formation flight techniques, which for many decades gave proof of total Safety in flight operations.

FAST has enhanced this standards and offered this training to civil pilots owning Warbirds and other airplanes able to safely perform formation flying. They define minimum flight experience to attend a course as Wingman, minimum training to became LEADER, and pre-requisites in terms of hours and type of Licence to become Check Pilot.

Our trainers and Leaders abide completely to this standard, and thanks to the FAST training programs, we can offer the most safe training in this discipline. European FAST is the only signatory endorsed by FAST Int. to release the FAST CARD in Europe, which define clearly the knowledge level reached in Formation Flying ( Wingman in 2 ships / Wingman in 4 Ships / Leader in 2 Ships / Leader in 4 Ships / Check Pilot)

Formation And Safety Teams publish some Formation and Knowledge Guide which are available on his web site or even on our section Manual on Clinic Schedule page. They are available in english and translated also in Italian.

Together with European FAST the are several Signatory organizations around the world.