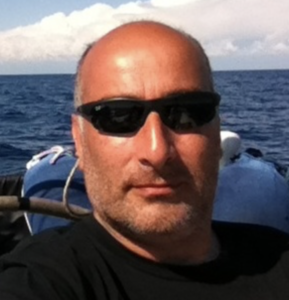 From an early age I have been passionate about aviation, especially military aviation. This prompted me to attend high school and graduate as an Aircraft Construction Expert.

I joined the Air Force with the 98th Officers Complement Course in 1985.

My Military career took place mainly in the Operational Squadrons and especially at the 36 ° Stormo-12 ° Interceptor Group of Gioia del Colle on the F 104 S / ASA aircraft and the Tornado PA 200 F3.

I was lucky enough to be able to undertake all possible forms of flight, passing from supersonic high-altitude flights to the secondary role of low and very low altitude and acrobatics.

In the military field I have reached the qualification of flight formation leader, training leader and Squadron instructor. I was qualified as a Squadron Test Pilot on an F 104 aircraft and I  carried out instructional activities on F104 and a Specialty Instructor.

Qualified as Tactical Leader (for attack and defense) to conduct large aircrafts formation (more than 30) of various specialties. After more than 12 years of service, I left to move to the service of the largest national airline where I am still employed. I flew, there, MD 80, B 747, B767 and B777.

I am currently TRI qualified on B777.

Passionate about all forms of flight, I have experienced flying with gliders and civil aircraft.

Currently I collaborate in the development of the Flight in Formation seminars together with other qualified former Military Pilots and converging today in T6 Flying Group / European FAST.

I have flew more than 30 different aircraft (including F4 – F5 – F16) with the qualification on 15 aircraft.